On this new mini-episode, Noah and Chance discuss “Lady Bird,” the witty and affecting new film portrait of a teenage girl’s last lap around Catholic high school in 2002 Sacramento. The directorial debut from Greta Gerwig has garnered near-universal acclaim, and we add our voices to that choir, praising the film’s accessible star performance and appreciating how Sacramento makes both for a great anywhere and a hyper-specific somewhere. Visit bereelpodcast.com for some writing and all our episodes.

I don’t really like wielding the phrase “coming-of-age story” like a mighty artistic classifier, like I’m throwing a paperback copy of The Catcher In the Rye into a stiff breeze to see if it flies. I’d rather watch adulthood encroach on a teenager from the edges of a filmic portrait than witness somebody actually grow up. Teenagers might be more whole, more defined than we know, and they’re just learning how to bend to and with an expanding world. That’s Lady Bird — a character profile of Christine (but this Saoirse Ronan protagonist wants you to call her “Lady Bird”) during her senior year at a Sacramento Catholic high school circa 2002.

Greta Gerwig’s debut as a writer-director flips the pages of Lady Bird’s 17th year like a photo book, at an enthusiastic, but still easy pace. Lady Bird is in a play. She meets her first boyfriend. She lies to a rich kid about what house she lives in. She briefly takes up clove cigarettes. She argues with her mom (Lori Metcalf) about not being allowed to drive. She doesn’t want to go to state colleges. She gets her driver’s license in the end.

Perhaps the greatest victory of Gerwig’s script is that she’s managed to actually capture a teenage dialect that all-too-easily leaves the adult ear, that hybrid voice between childhood and adulthood we forget we even lost. Lady Bird and her best friend Julie (Beanie Feldstein) take pauses. They try on different voices. They start to say something profound and end their sentences abruptly. The script doesn’t force them to speak like young people who are intellectualizing their own experience. That’s the greatest evolution here from Gerwig’s last two scripts with Noah Baumbach (Frances Ha and Mistress America), and certainly from Baumbach’s style of hyper-literate writing in general.

Though it’ll probably be talked about in tandem with the forthcoming Call Me By Your Name as a great 2017 coming-of-age story (look, the Salinger, it’s flying!), I think it’s just as appropriate to call Lady Bird easily the best high school movie of the last decade. The fact that this A24 fare is not aimed at the MTV teen audiences of the time in which Lady Bird is actually set has nothing to do with the fact that it renders a high school, its geography, its staff, its dynamics, its cliques, and its feuds with more clarity than any film that would take you on a more structured social tour of the school. (“These are the jocks, burnouts, etc.”) 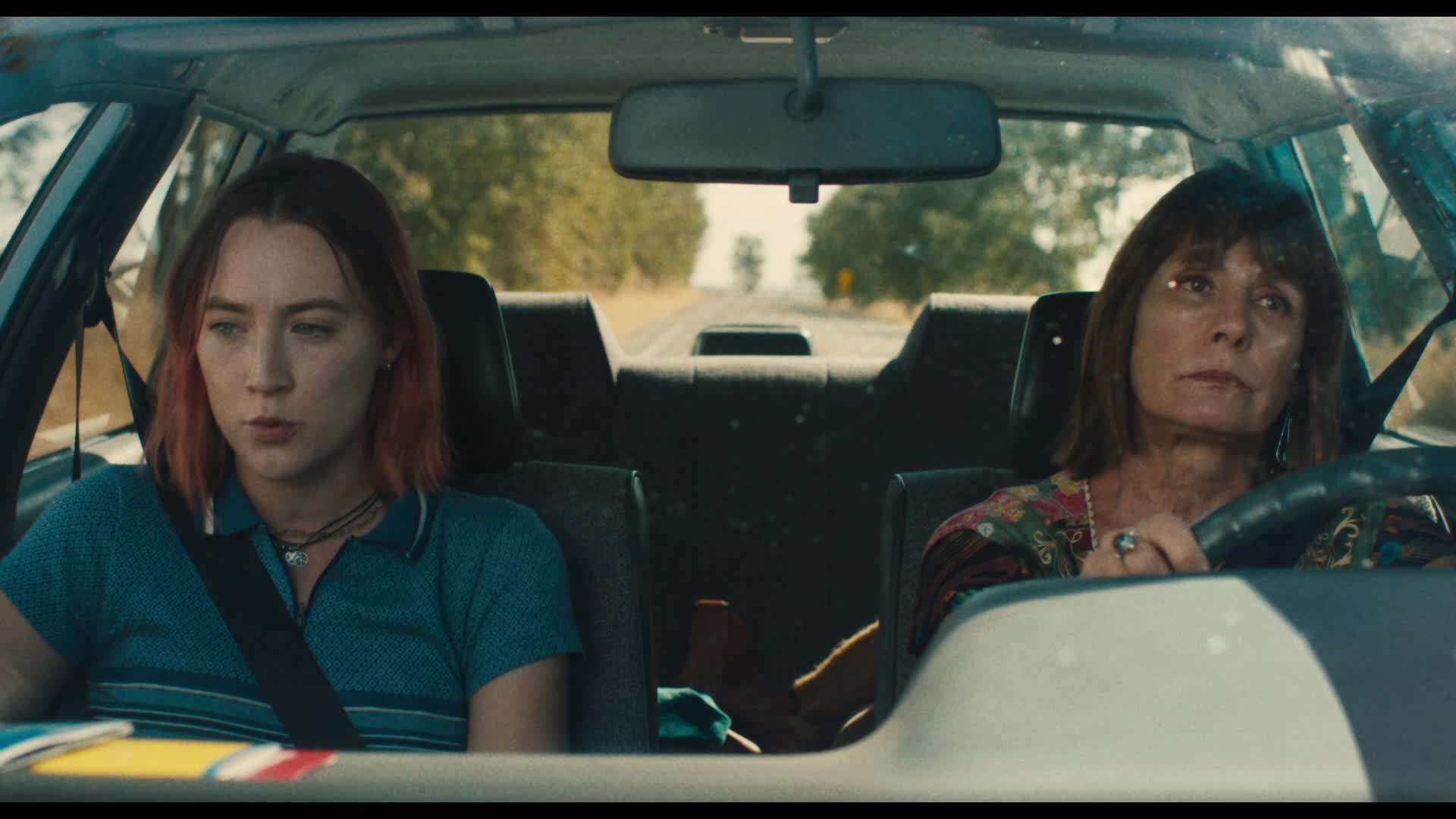 Consider this a glowing recommendation, and if you’re worried for a moment that Gerwig is not your cup of over-talking, performatively insecure tea, worry not. All at once, Gerwig has proven she can capture the real with more comfort and precision as a writer-director than as an actor. Meanwhile, Ronan embodies what would be the Gerwig role with naturalism, self-belief, and a charming combination of salt and fire. Best known for her performance in the 2015 drama Brooklyn, Ronan accomplishes something remarkably similar here, playing a teenager reacting to her world with impulsivity, observation, and heart.

Lady Bird is a movie that’s goodness is more than apparent, but its greatness is harder to pin down. And I’ll argue its simplicity, emotional care and lack of pretense are all part of what makes it so great. It’s a collage approach to filmmaking that isn’t breaking a sweat. It’s a first-time director just as adept at visual comedy as her script is with wit. Other than the self-evident moral that you should love the people who love you as best you can, the film never insists on its themes. This is Sacramento, after all, not Los Angeles. People will appeal to authority your whole life; appreciate the mundane while it’s still new to you.